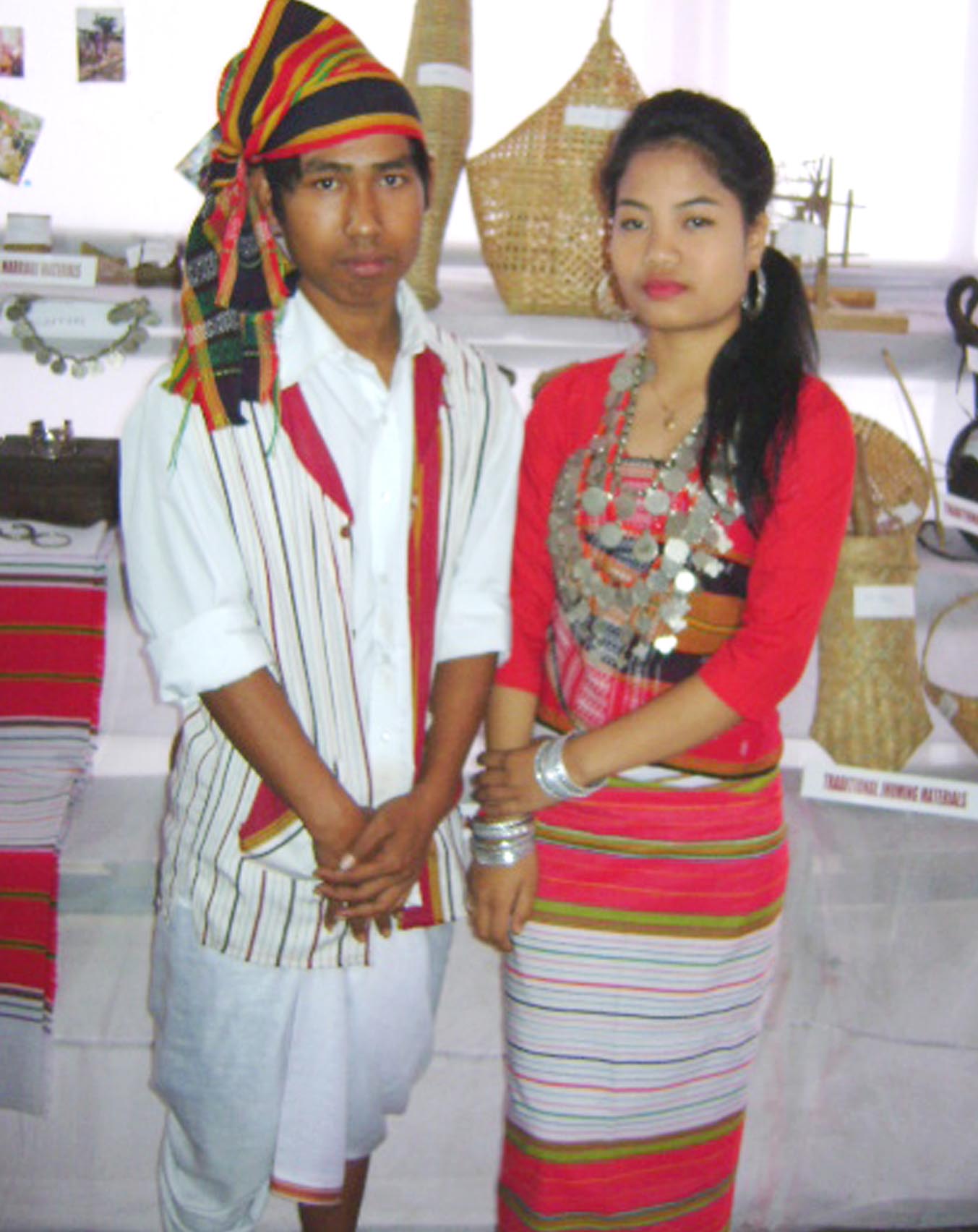 Jamatia is another tribal group of Mongoloid origin, having distinct feature. Their language is also similar with that of Tripuris. They speak in Kok-borok which is a language of Tibeto-Burman family. As per 2011 Census their population in Tripura is 83,347 . Jamatias were the major strength of Royal Army of Tripura kingdom for which they were exempted from the house taxes during Kings Rule. Earlier Jamatias had to live on Jhum Cultivation. Now they accustomed themselves with plough cultivation. At present most of them depend on plain land cultivation besides allied economic activities.
Jamatias are Hindus and have embraced Sakti-cult and Vaishnvism.”Hoda Akra” is their supreme traditional Social Institute ,which has power to look after to preserve and promote their social taboos ,customs &religion .All sort of social and criminal disputes in between the community members are also sorted by the “Hoda”.
Jamatias are fond of their traditional folk culture like Drama, Garia festival and other common dances of Kok-Borok speaking tribes. They have special form of Garia Dance which depict their Hindu based religious culture. A large numbers among them follows Vaishnavism and observe all events as per tradition.