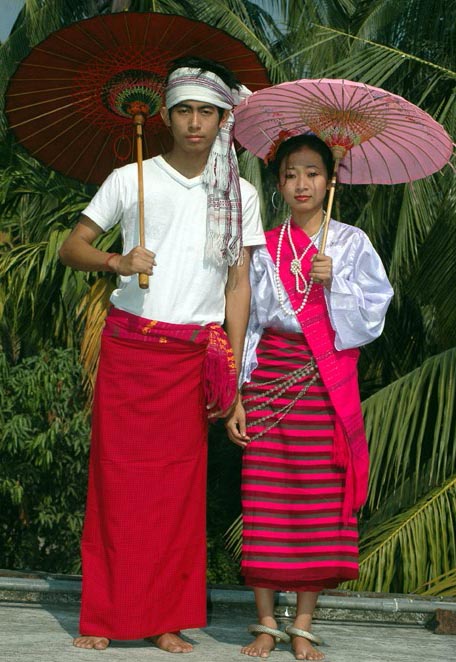 According to 2011 Census Mog population In Tripura is 37,893. Their major concentrations are at Subroom and Belonia. Mogs are Arakan tribe and migrated to Tripura through Chittagong Hill Tracts. By religion they are Buddhist. Their language is grouped under Tibeto-Chinese family which is also linked with Assam-Burmese section of language.
Mogs are dependent on Jhum Cultivation. They have administrative social council. Chief of this council is called Chowdhury. They cremate their dead after observing rites and rituals. Wah Festival is their annual meeting of whole Mog community. There is a combination of folk songs and dance during this festival. In fact Mog's social, culture and beliefs are akin to Burmese culture. Their folk tales and folk songs are really mind blowing and touch the core of heart. Mog community is by tradition famous for their folk medicine. Beside their normal economic activities some of them earn through practicing traditional treatment by using indigenous medicines.
In Tripura Mogs follow Buddhism, It is significant that the Mogs are Buddhists, but they still continue some of their primitive pujas and festivals.
Though nowadays maximum festivals of Mogs are related to Buddhism and they are Buddha Purnima, Owa –Cho- labre, Owagya labre, Kathin Chibar dan , Sangreing Festival etc.